The most striking evidence of global warming to my mind is the state of the ice in the arctic. For comment on the graph see here. Ice on the land is also melting, and in time, this will flood our coastal cities.

I believe we need to move power generation and heavy industry into orbit as a matter of urgency, to reduce pressure on the environment. This will require easier acess to space than we have at present - see here. This development will also help with the depletion of earth's resources, such as phosphorous, which looks set to run out in a few decades' time, but of which there is plenty on the moon. 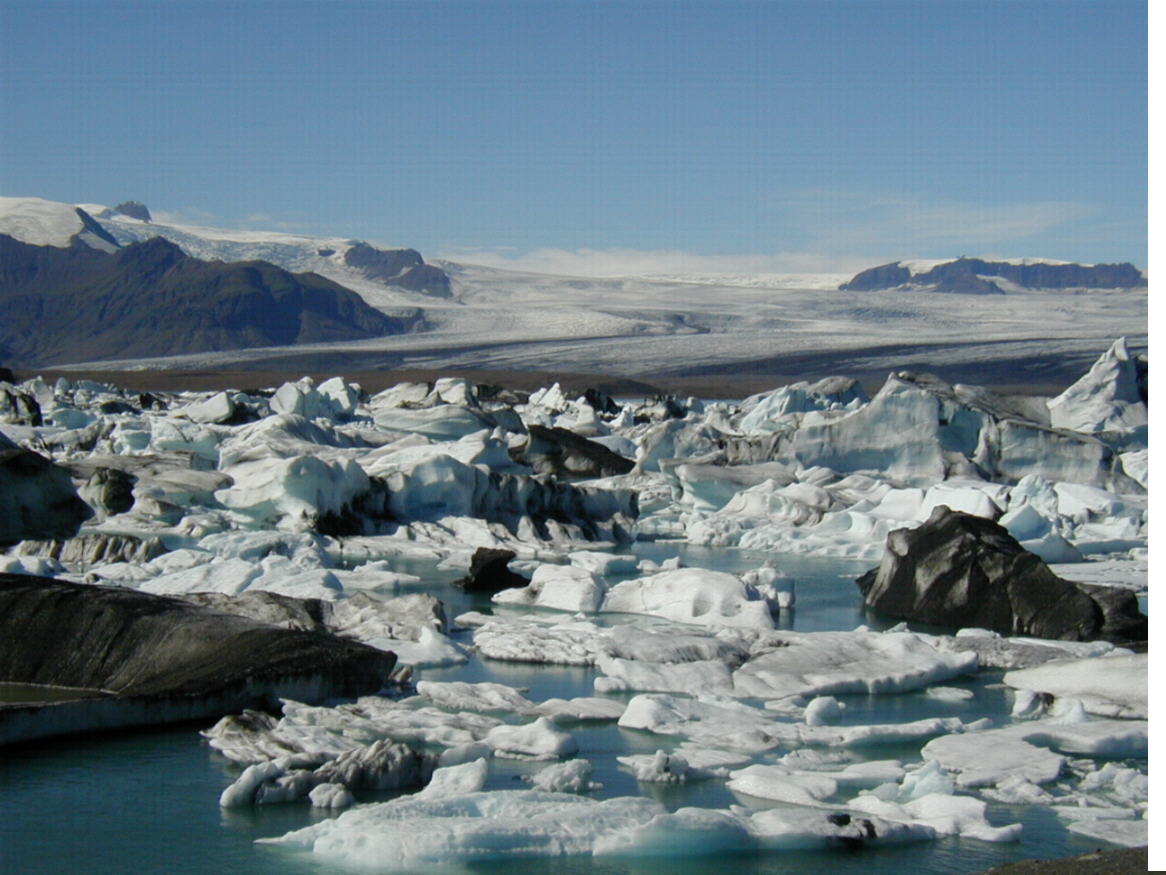 This photo I took in 2004 is of Jokulsarlon in Iceland, where the largest glacier in Europe meets the sea. One of the staff members there told me that the glacier was receding by 100 metres a year. "Why is that?" I asked. "Oh, global warming," she replied. I had never heard this phrase before. It struck me as a very odd notion, but I thought at the time, oh well, I expect it will cool down again in a year or two. Fascinating!