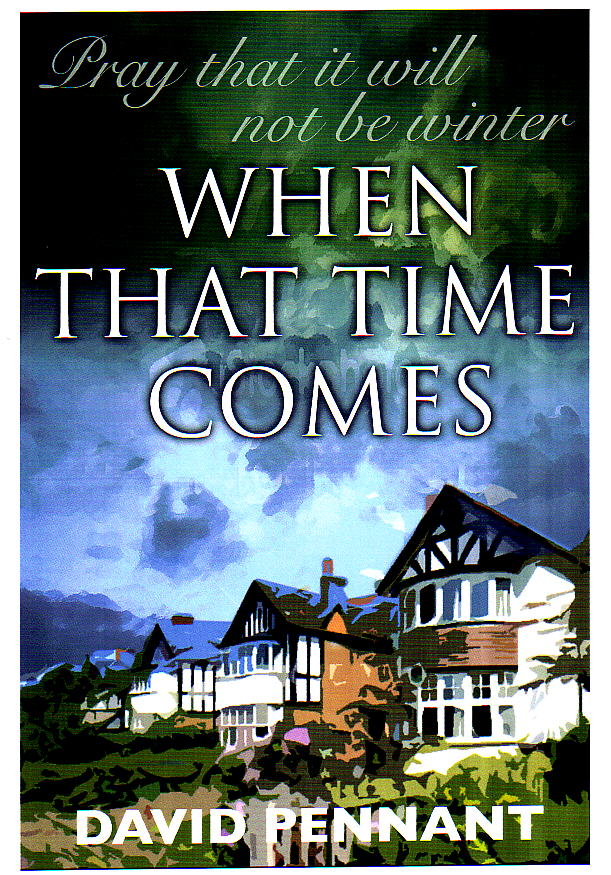 Do I have to go to Church? It's Boring! (Forthcoming) The lessons I learned from nineteen churches over 65 years, two of which I led, shared with a fourteen year old. My life story, in effect. Please enquire.

Earthquake Tremors : what is God saying now? (2021) The twenty-one articles I have written during lockdown. Kindle from Amazon

36 Days in Intensive Care (2019) My experience of my time in hospital struggling with delirium. I was as close to death as it is possible to be without actually dying, and then made a full recovery, to the amazement of the doctors. Kindle from Amazon

The Garden of the Galaxy (2018) The vision of Abram the Seer as told to David Pennant. The struggles of policeman George to deal with difficult people who are not actually criminals. A story set a thousand years in the future. Hard copy - paperback - or Kindle from Amazon

When That Time Comes (2009) Following a solar flare which knocks out the nation's computer chips, a Neighbourhood Watch Coordinator strives to strengthen his community and to save the local residents from death. Only available online - a pleasing irony. Kindle from Amazon

The Piano Teacher (Best Christian Novel 2005 from Christian Broadcasting Council ) The recent discovery of anti-gravity and infinite energy has had a huge impact on the world. Who would have dreamt that this would lead ultimately to a frantic dash by Bruce Winter, an obscure piano teacher, to the asteroid belt to save humanity ? And why was the precise opus number of Rachmaninov's most famous piano prelude so vital to the future of the cosmos? Hard copy - paperback - or Kindle from Amazon. Leads to :

. . . . The Inventor's Folly (2006) Sequel to The Piano Teacher. The Inventor's genius is all very well, but what he get's up to is ridiculous, surely? Bruce can hardky keep up, Kindle from Amazon. Leads to :

. . . . The Investigator's Choice (2006) Conclusion to The Piano Teacher trilogy. Life may appear to have got back to normal but the young man David is now on the scene, and his difficulty of choosing which of Bruce's daughters to pursue gets overtaken by events, namely over-zealous monks cooking up a severe storm in the Sahara desert in a bold attempt to bring on the millennium. Kindle from Amazon

The Priorities of Jesus (2003) The story of my search for how to run a church on first principles. The title says it all. It is still relevant today. Hard copy - paperback - or Kindle from Amazon or Pdf file free download here

. Reader feedback. It followed on from two earlier attempts : Towards a Christian Church (2001) with an Appendix - An Imaginary Conversation and Footnotes and before that The Church of the Future (1992), a study of the great commission of Jesus (Matthew 28:28-30).

The Significance of Rootplay, Leading Words and Thematic Links in the Book of Judges, my PhD thesis undertaken at Trinity College Bristol (CNAA 1989). Available from https://www.academia.edu/ or email me.

Subcutaneous (2020) An internet play about one way the mark of the beast might come about.